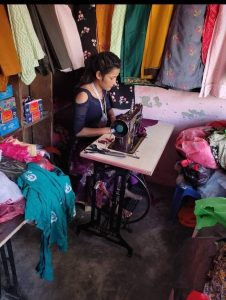 Sharmila was brought to the...