1,273 women and girls were intercepted

during the October to December quarter at Captivating funded monitoring stations in Nepal.

Incredibly, that’s a girl EVERY TWO HOURS stopped because it was felt by trained staff that she was likely in the process of being trafficked.

The story below is a daily encounter for our partners in Nepal. Thank you to our Captivating world of supporters – your giving is fighting against human trafficking.

Rajani [*name changed] is a divorced women who was trying hard to get her life back on track and managed to find some work. One day she got a call from a man who began calling her regularly. He seemed to know all about her and where she worked and he even started showing up at her work. He wanted to marry her and threatened that if she didn’t accept his proposal, he would commit suicide. After 7 months of relentless pursing, the man wanted Rajani to go with him to visit a nearby town. He was so forceful and wouldn’t accept no as an answer so she went with him. Rajani was taken to a room and was told that there was no use in trying to run away because the two men outside the door would kill her if she tried. Rajani was raped by this man and she could not do anything to stop him.

The man told Rajani he would drop her off at home. One of the man’s friends were called and they all got on a bike. They drove so erratically that Rajani had to close her eyes. When they stopped and went into a nearby house, Rajani realised from the signs that she wass nowhere near her home.  Upon walking closer to the house she overheard the conversation ‘no one will buy her even for 30 thousand rupees [$300]’. Rajani became frightened and knew she was being taken home. Before she could collect her thoughts, the men returned and told her they were going to the border to get on a train. She refused to go but they forced her and threatened to kill her. While they were at the border, monitoring station staff noticed the frightened look on Rajani’s face. She was taken aside and questioned. Rajani told the monitoring staff the whole story. The police were called and Rajani gave her statement. The police dropped her off at home where some of her close friends met her. It was found that the man was already wanted for murder by the police and that there was an active case against him. The man’s family tried to get in contact with Rajani to stop her from testifying against him in court, but they were not successful. The two men were sentenced to 5 years in prison and also had to pay a fine and compensation to Rajani.

~Stopping girls before they are trafficked~ 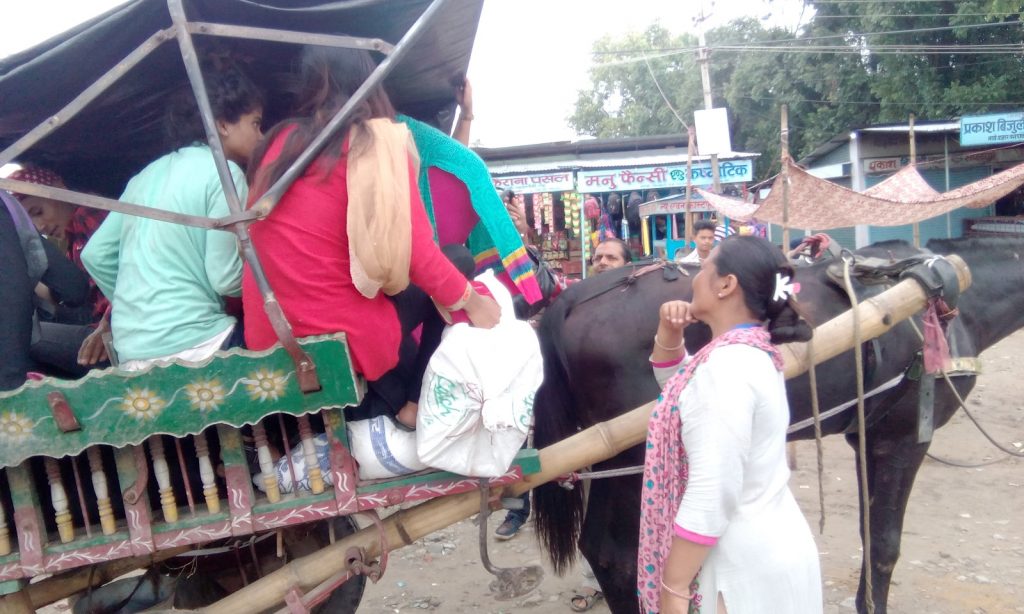