Our partners estimate that over 15,000 women and children are trafficked out of Nepal each year. The presence of our teams in communities and at borders is critical in intercepting girls BEFORE this happens.

Because of our amazing and dedicated supporters, our partners in Nepal were able to intercept over 6,000 last year and have already intercepted over 3,800 so far this year.

Twenty-year-old Dolma lives with her younger sister and their 23-year-old cousin, Chamji [names changed]. Two men, who were living on the same floor of their building, suggested that if they worked in a foreign country, they would have better job opportunities and be able to earn around Rs 45,000 [US$380] per month. They even offered to help the girls travel abroad by paying for all their travel expenses. These two men were known for bringing girls into their flat in order to help them pursue foreign employment.

Blindly trusting these two men, Dolma and Chamji handed over their passports, who then bought tickets for them to cross the border. He had told them that he would make all the necessary arrangements for their travel to New Delhi and from their, they would fly to Kuwait.

On their way to the border, they made plans to cross separately. Our partner, Tiny Hands, noticed something suspicious and stopped them for questioning. Chamji and the younger man were following them in another city rickshaw, but when they saw the staff stopping their friends, they quickly escaped. 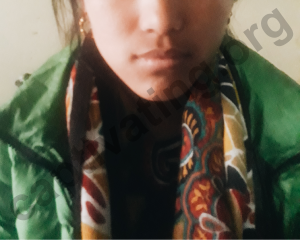 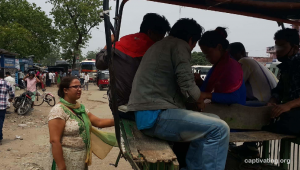 At first, Dolma lied to the staff saying that she was married to the man, but later when staff members further questioned her at the shelter, she revealed the truth. The staff contacted Dolma’s family and discovered that they were unaware of her travel plans. A human trafficking case was filed against all the traffickers mentioned above, and Dolma is now staying at the shelter and awaiting further court procedures.