If you were in the area of Lian Hua Shan park at 10.30pm Saturday night, then you would have seen a large number of energetic people in beautifully designed blue T-shirts warming up for the 3rd Annual Midnight Charity race. The idea of the race is for runners to get together with old and new friends, and raise money for charity at the same time. Well, there were a lot of new friends this year, with 125 runners taking part!  Last year’s event had 52 runners and many were back again to beat their previous race times.

The fundraising goal for this year’s race was 100,000RMB for Captivating Internationals ‘Project Eden’, based in Guangdong Province. This project supports Chinese foster parents who are caring for children from disadvantaged circumstances in a safe and secure environment. Eden is also now home to 9 older girls from Captivating’s program in Qinghai, who are learning Chinese in the local school. You can read more at: http://www.captivating.org/project/details/4

Both the 5k and 10k race kicked off at 11.00pm, eagerly cheered on by supporters and passersby. The atmosphere was electric at the finish line as helpers handed out water to the 10k runners on their first pass through and everyone keen to see the first of the 5k runners come in.

A lot of runners improved on last years times and even those who walked were nicely surprised with their performance !

A very welcome ‘air-conditioned and free Tsing Tao’ coach waited to take runners and supporters to Rapscallions café and bar, who hosted the prize giving and after race party. Rapscallions donated 10RMB for every Tsing Tao bought and provided great food, a raffle with some special prizes and good fun for the night.

A big THANK YOU to Greg, all the runners, sponsors and helpers for organizing and coming out to raise what ended up being 110,000rmb for a great charity. It was a huge success, so well organized and great fun !  See you all next year. 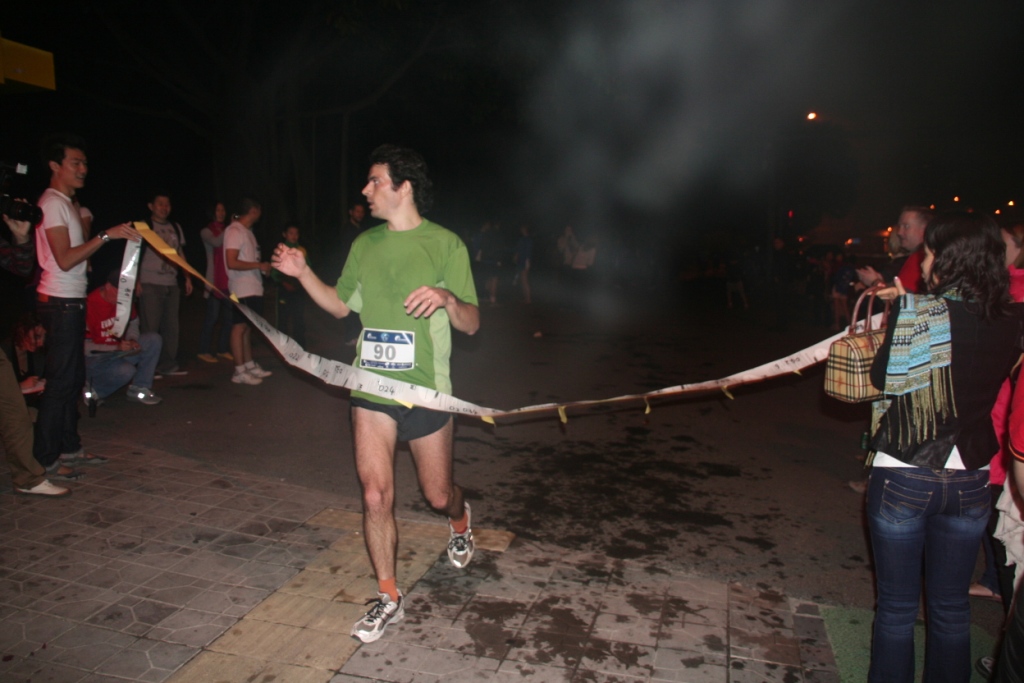 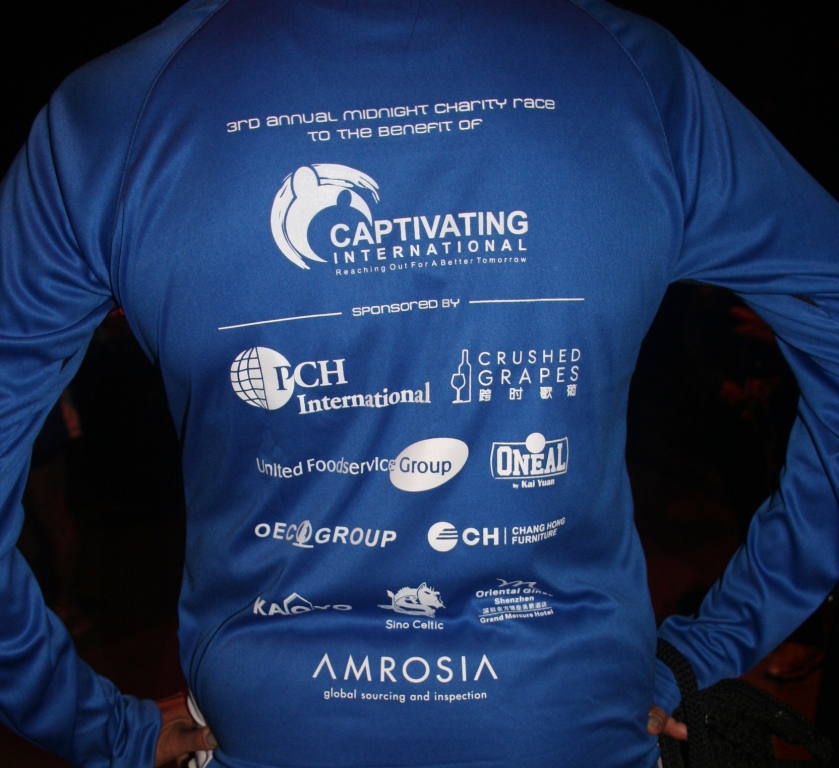 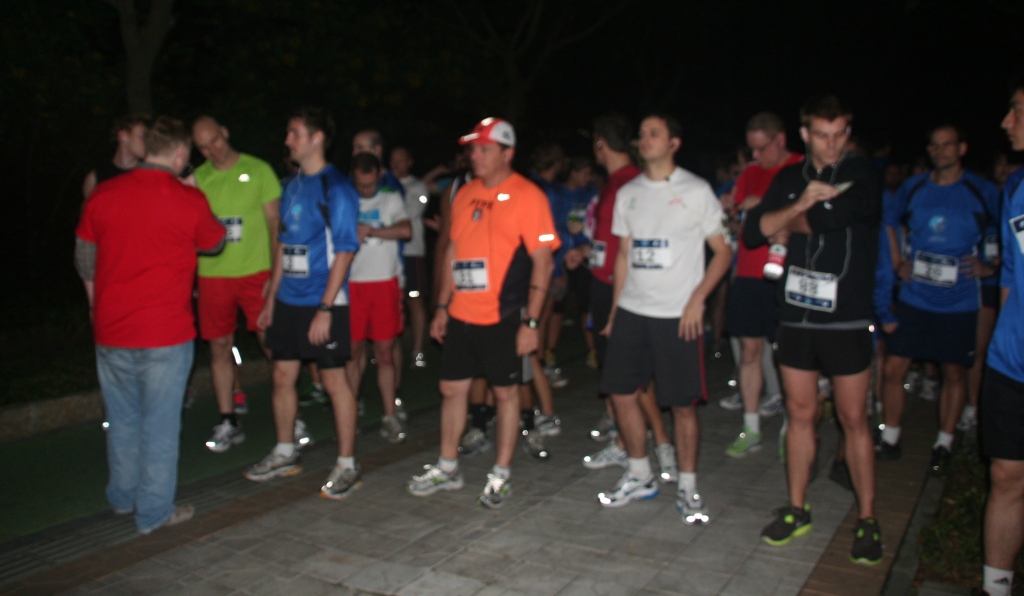 We are Thrilled. Shenzhen, You are Amazing! 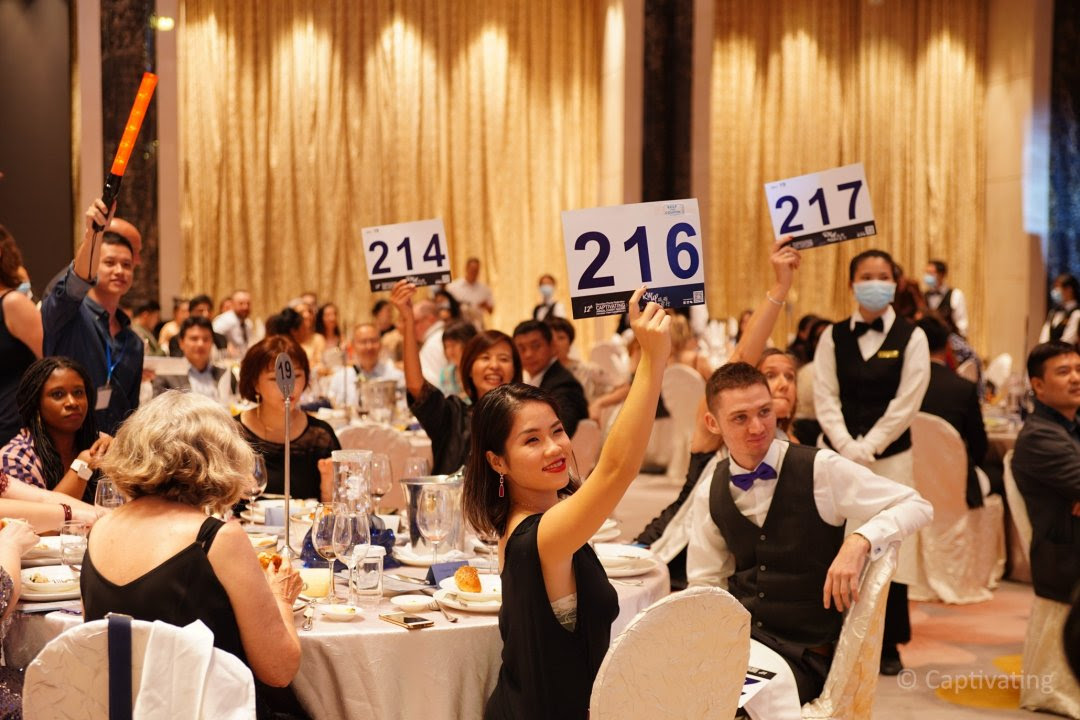 On behalf of the Shenzhen Charity Federation, thank you so much for being a part of our 12th year, last Saturday, October 17th, 2020.  And, once again, our thanks to the wonderful team at the Futian Shangri-la, Shenzhen.

Together, as a result of the generosity of everyone who attended, 1,000 lives (single moms, young women, and their children) will one day look back on 2020 as a turnaround year for them. A year of new beginnings and fortune.

Thank you to all those who participated in our very first global Marathon in a Month in October. A big shout out to the 160 students, parents, and faculty from QSI International School of Haiphong. Within two hours, they were able to complete 17 marathons - that's a total of 710 KM - combined! A massive thank you goes to Alyssa for leading this challenge and for encouraging the school community to run for those affected by trafficking.

Thank you for being part of STOP TRAFFICKING 5K 2019

Our 4th annual STOP TRAFFICKING 5K might be over but the impact will be lasting. Thank you to all those from 11 countries who stood up and said 'no to trafficking'.  Because of you, the life saving work in Nepal and the Philippines will continue to impact lives. US$33,780 was raised with online and offline donations. Together, we are changing the world! Below is what has already happened so far this year in Nepal and the Philippines

Captivating’s 2nd Santa Run was a truly festive spectacle. 600 participants and 65 volunteers donned red shirts, hats and Santa suits to run or walk the 6km or 3km around the Shenzhen Bay walkway. We were overwhelmed by the response from the community, from participants to volunteers, and it was enjoyed by partakers and spectators alike!

Thank you SO MUCH for your support of our 10th year in China. Saturday night, 13th October, will be remembered by us as for a long time - a night of grace, emotion, laughter, excitement, astonishment and exceeding generosity.

Shen Wai International School (SWIS) was once again filled with a buzz of action, high-5's and passionate kids on Saturday March 24, as Captivating in conjunction with the Shenzhen Charity Federation, ran the second of two Mini Olympic events for the 7th year.