Somehow, the suspected trafficker had obtained Sakshi’s phone number and contacted her. Over time, he established a relationship with her and started luring the three females, promising he would provide them with better jobs in India. 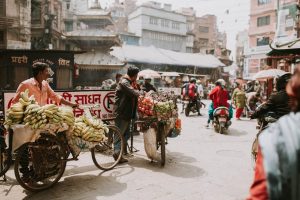 He was very persuasive and eventually convinced the girls to travel to meet him for work. He instructed them to increase their age if they were stopped for questioning along the way. Our team was stationed at the border and noticed the three females preparing to cross. They stopped them for an interview and uncovered multiple red flags in their stories.

The staff intercepted them and then took them to the police station to file a case. Initially, the police were uncooperative, so our team sought assistance from higher authorities. Following a thorough investigation, a human trafficking case was filed against the suspect.

Interception and rescue efforts are crucial in our fight against human trafficking.

Thousands of women and children in Nepal and the Philippines are being lured and trapped everyday, and are waiting to be saved. Join us this June in our global fundraising event – STOP TRAFFICKING 5K – to help us continue our on-the-ground efforts. Click on the link below.