Regina’s parents passed away when she had just finished high-school, leaving her and her sister orphans. Although Regina lived in the slums she managed to find odd jobs to earn a little money. One day she was offered a job taking care of a 3 month old baby girl for a family. They needed someone to start work right away and so she welcomed the opportunity. Regina was earning regular money and her life started to turn around. She even had dreams of attending university. Things were going well for her. 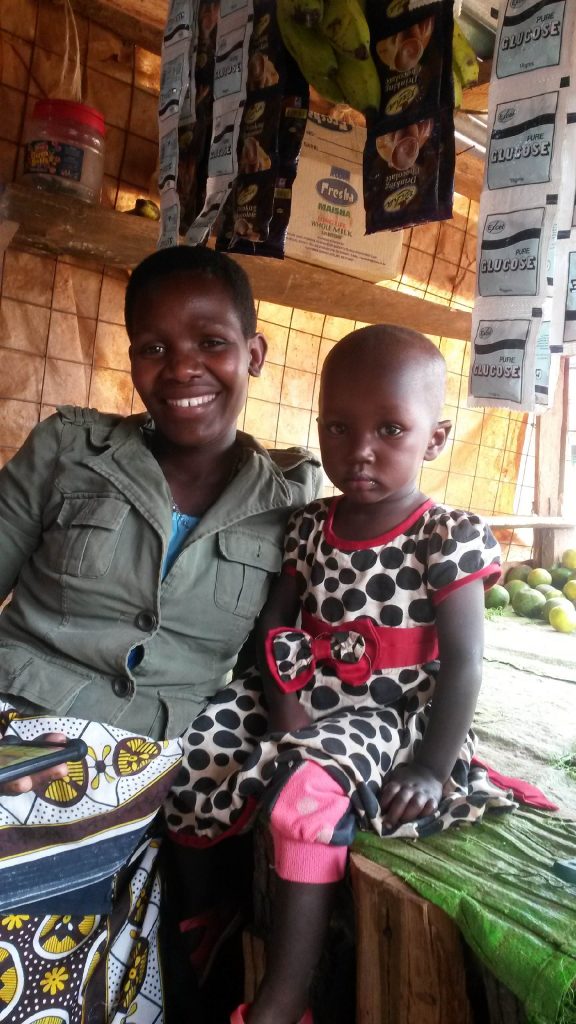 One morning, the couple that she was working for went to distribute relief food to drought stricken areas.  “I was asked to stay at the house to take care of their daughter Sally while they away for a few days”, explains Regina. Several days passed and there was no sign of Sally’s parents. Regina went to the police station to report missing persons. Another week went by and Regina and Sally were running out of food at home. “The landlord was demanding to be paid or we would be kicked out”.

Regina continues telling us her story. “One morning the police asked me to come down to the police station. I needed to identify some bodies. Nervously I went to the police station. I was told that a group of people had been kidnapped and killed by the Militia. Their bodies were dumped, rotting and mutilated. Some were not even identifiable. The 20 minutes I spent in the morgue that day were the longest minutes of my life. We needed to use Sally’s DNA in order to identify her mother.”

“After the funeral, I tried to locate any of Sally’s family members, but to no avail. Sally had no one – I couldn’t leave her, so together we moved. I was introduced to the Foster Family Loans Program where I completed some budgeting and small business management training and have just started my small business where I sell groceries. I am so grateful for this opportunity. I am confident that I will be able to support myself and little Sally.”

Thank you to all who contributed to grow the Foster Family Loans Program. It is changing lives.