In Need of Safety and a Mother’s Love

Mandeep’s (name changed for protection and privacy) father died when she was still a child. Her mother remarried and eventually left her when she was just seven years old. Her neighbors took pity and referred her to an organization where she can be properly cared for. However, her life worsened inside the organization as she was bullied. She had to do all the chores in the organization, but she was willing to do everything just so she can eat a decent meal.

When the organization closed down, she was handed back to her mother. 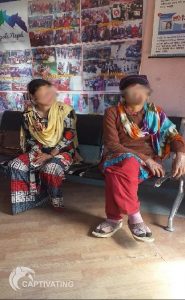 Mandeep was happy to be reunited with her mother. But she didn’t feel welcomed by her mother’s new family. She didn’t want to cause any more problems so she ran away and traveled to another town to look for a job.

She first worked in a construction site, but  her fragile body could not endure the physically demanding work and she fell ill. Later on, a man from her neighborhood took her to a dance bar where she was forced to become a sex worker. After a few unsuccessful attempts, she managed to escape.

She was found by staff from our partner 3 Angels Nepal (3AN), sitting on a bridge, looking distressed and alone. She was interviewed and told her story. The only person she had in the world was her mother, but she knew her mother didn’t want her. The team called Mandeep’s mother and provided counselling and guidance to rebuild their relationship. Mandeep is safe, happy and reunited with her mother. The team at 3AN keep in contact with Mandeep to ensure her continued safety.

Over the next couple of months, it is likely we’ll see a surge of human trafficking cases as this current pandemic pushes a lot of vulnerable people into desperate measures. Your support of USD 100 will fund the interception of a girl. If you are a company or an organization, for USD 8,500 you could fund an entire monitoring station for a year. Click on the links below to know more about the program and how you can help, or contact us directly at info@captivating.org