“Wonderful China Saying ” is a Chinese lecturing competition series presented by Shandong Satellite TV Station. It began airing on April 4th 2015 at 21:20 every Sunday evening across China. Instead of the traditional model of talking, the lecturer is allowed to add short performances into their speech to make the show even more impacting and enjoyable. WCS is a great stage for Chinese people who have wonderful stories to share to take courage and speak of their dreams.

For the Seng Girls Home (the SGVTS) April 19th was a special and memorable day for a dozen of girls and “headmaster” Dockpo. Dressed in elegant traditional Tibetan clothing and being flown in from northwest Qinghai province to the east coast city of Jinan, Shandong province, selected girls and Dockpo presented the amazing story of the SGVTS. Even though everyone was very nervous and excited, they were able to use their moving voices and graceful dancing to tell the whole of China their stories and dreams.

Here was the story as presented: Dockpo was born in Qinghai Tibetan Autonomous Region. His father was a living Buddha and doctor and every day lots of people would come to worship him. When he was 21 years old he went to Boston doing business.  His life was pretty comfortable until one day he got news of his father’s sickness.  In the final hour of his life, his father told Dockpo to do a good deed to fulfil his life.

Dockpo knew that in remote Tibetan areas, people valued the boy only and there were lots of girls becoming orphans or street children. Some children would get up every morning at 4am to herd sheep and only have one meal to eat the whole day. When he saw them, his heart was deeply hurt. All these poor girls were like the Gesang flowers pressed under a thick snow. He decided to fulfil his life by helping these girls. He exhausted all he had and opened an orphanage – a home for girls.

Starting with 15 girls, Dockpo and his family tried his best to take care of each child despite the many difficulties he faced every day.  In 2006 the Seng Girls Vocational Training School & Home was established and girls registered (it now cares for 152 children).  Then, the Seng Girls Tibetan Opera Group was set up in 2010 with older girls starting to practice Tibetan dance. Now they have been dancing all the way from the snow-covered plateau to the capital city – Beijing.

Captivating International has been partnering with Seng Girls Vocational Training School & Home since 2009. Like Dockpo, we desire to see all girls who come from the poor of the poorest given a chance to grow and prosper. We are so grateful this project is receiving consistent support from donors and friends.  We are also hopeful that as this program starts gaining recognition throughout China through programs like “Wonderful China Saying”, more local support will start to flow. In the meantime, we work together to help these precious “Gesang flowers” grow more and more each day. 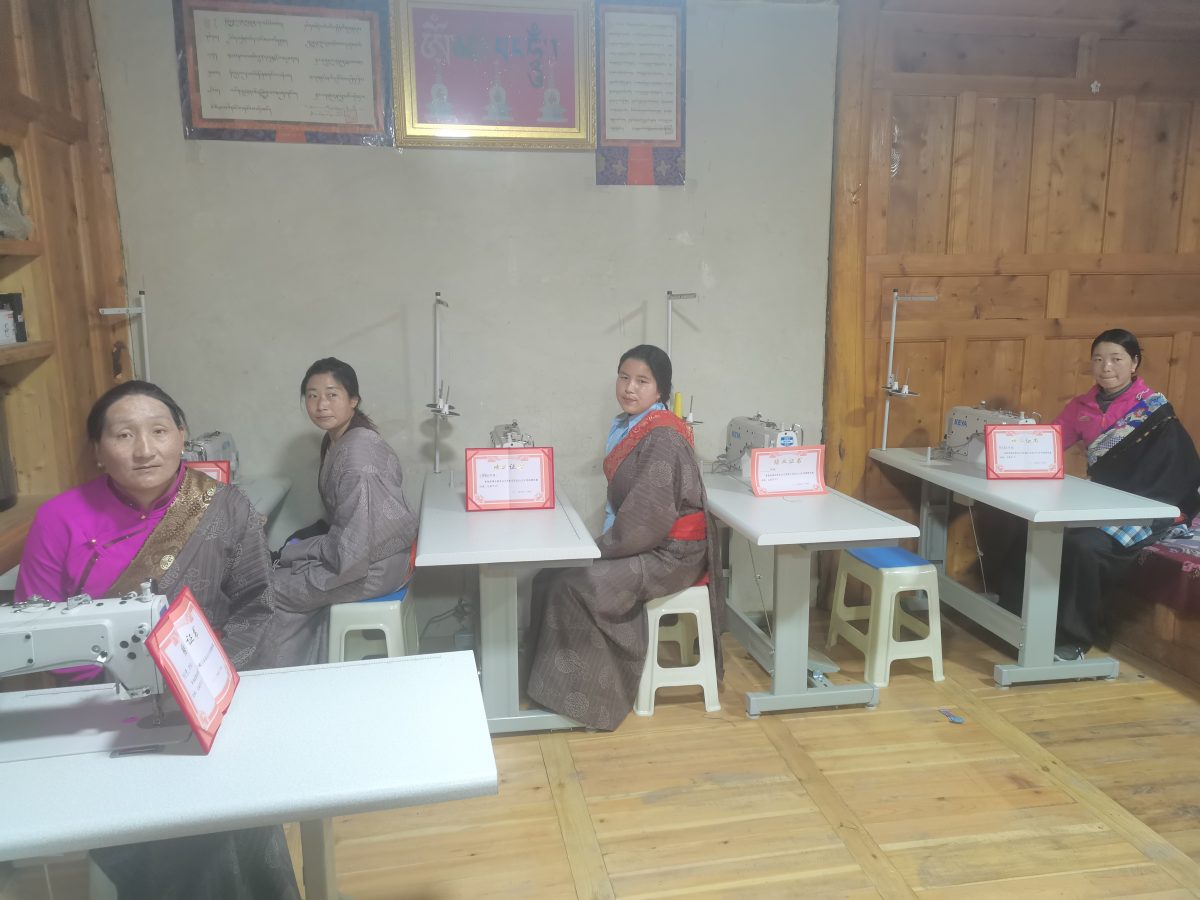 After three months of intensive training, the My First Job Tailoring Training for Women was successfully completed in Xunhua region in China. Helping local women master an employable skill is the goal of this project. After a round of intense interviews and preparation before training, the training officially began on... 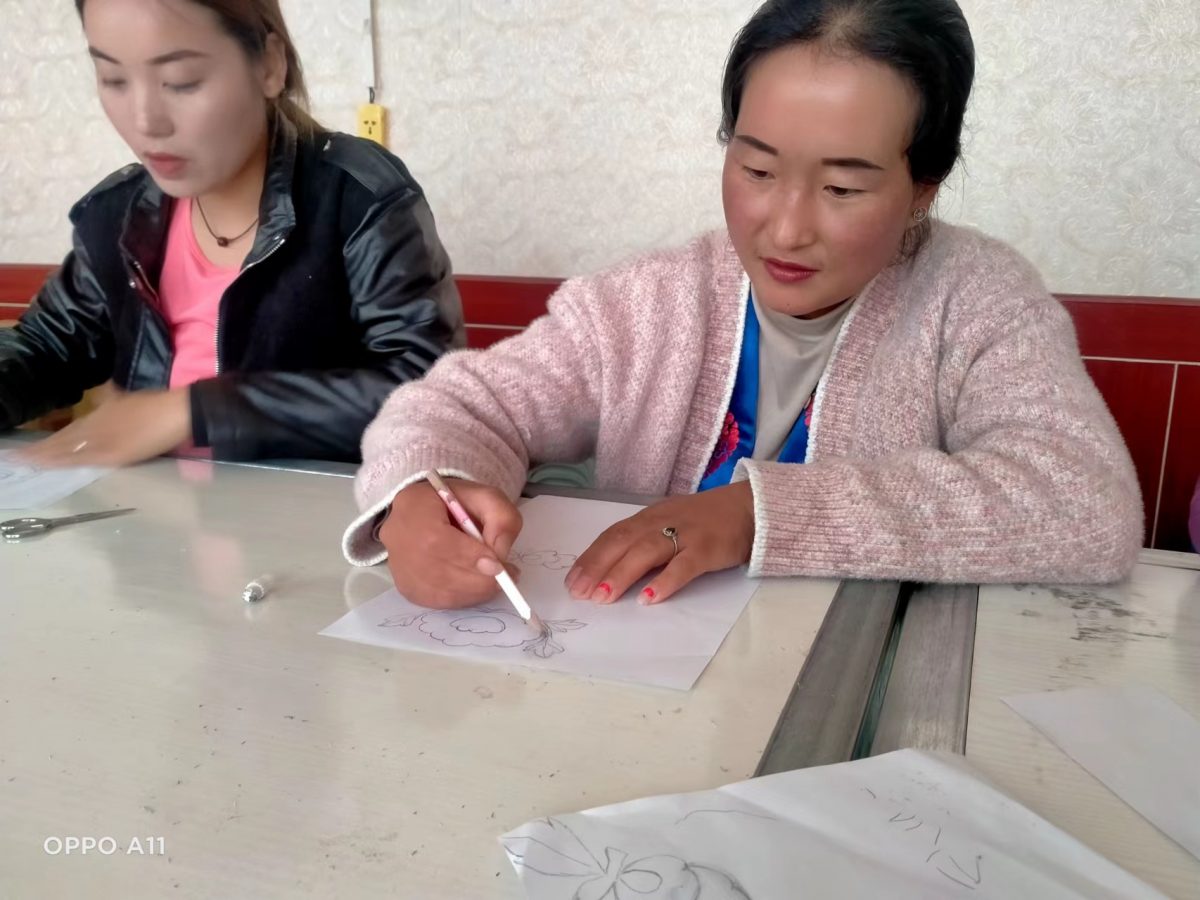 One of our projects for My First Job program is Embroidery Skills Training.

90 women divided in 3 different classes were initally selected to participate in the training program to learn the fine art of embriodery. Out of these 90 women, 63 women participated in the mid term exam recently.  These women come from families... 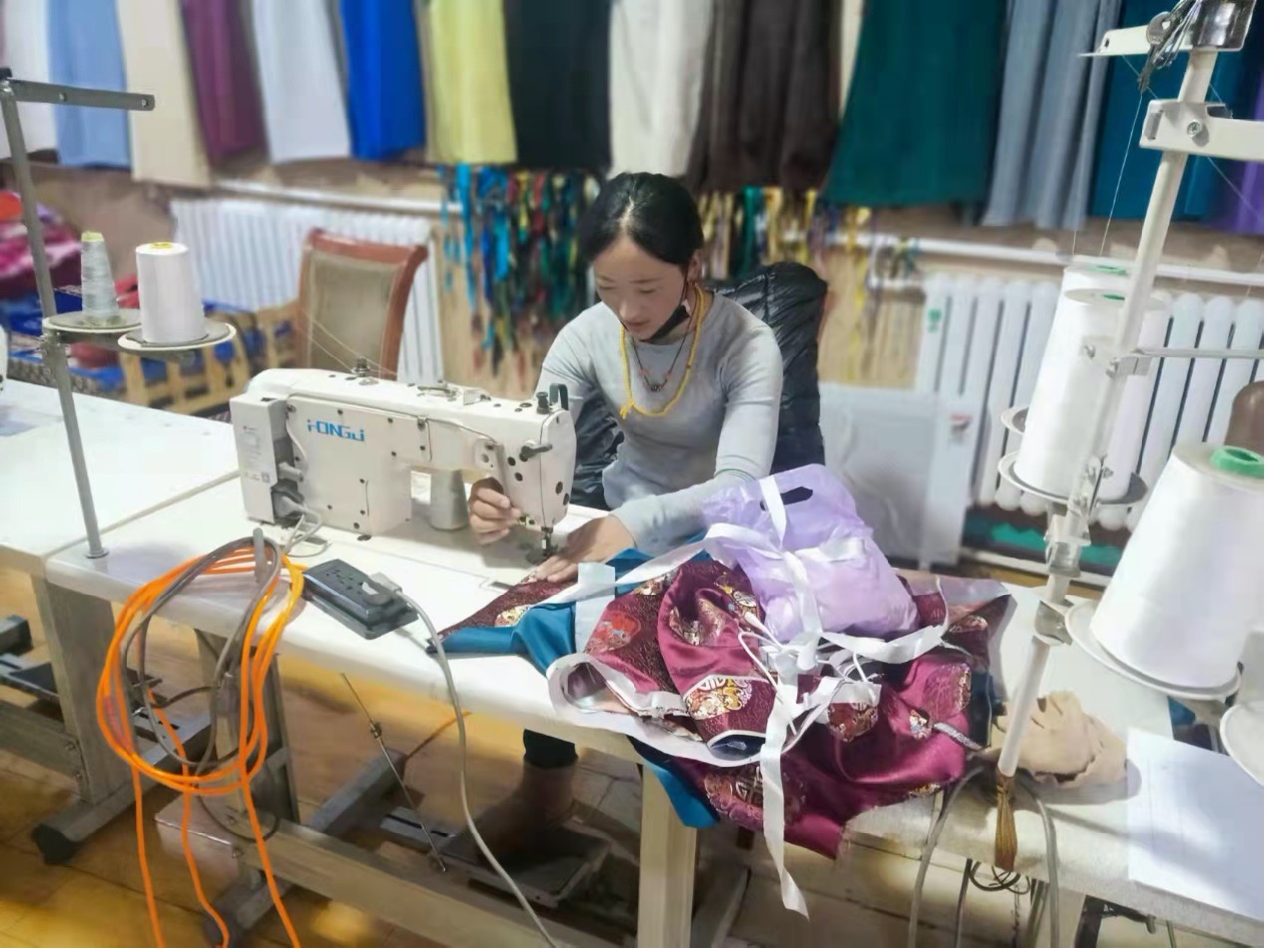 I am Drolmatso, a student of the Husky Energy Trailoring Skills Training program. I have completed three months of skill training. Thank you for giving me this opportunity, which I will always remember. 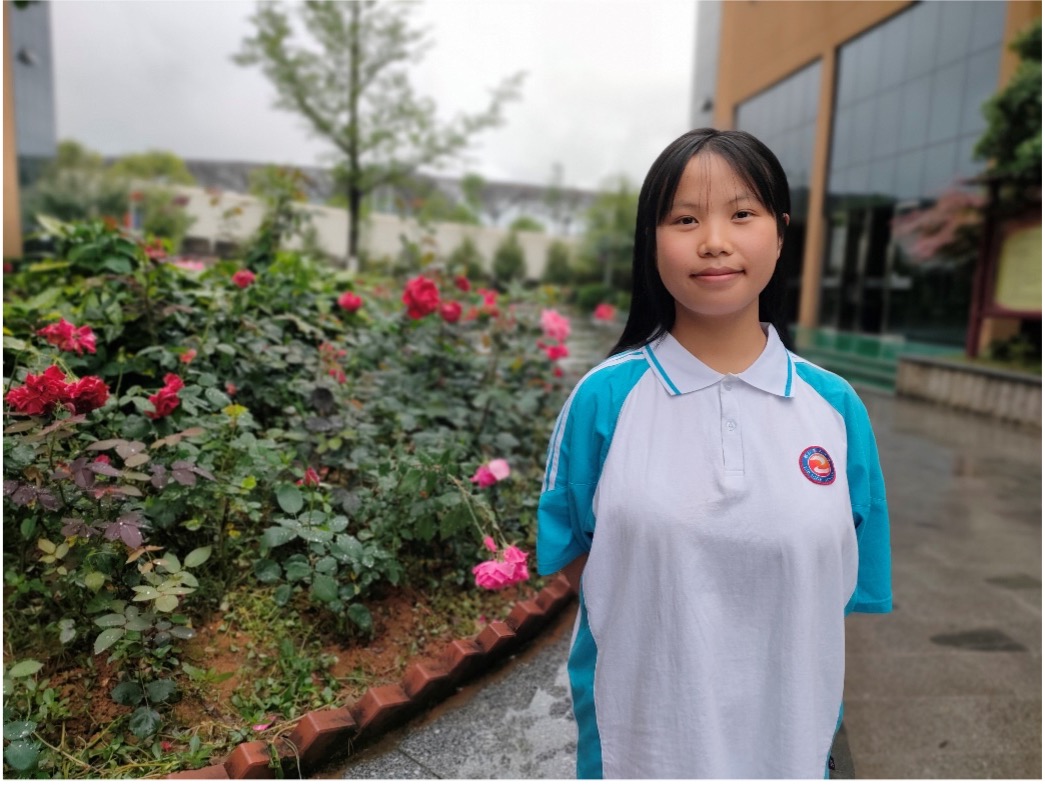 Luo FuWei is one of the many students who are able to continue their studies through the One More Year Scholarship Program. This is her story.

I worked extremely hard in the first semester of high school of studying nine topics.... 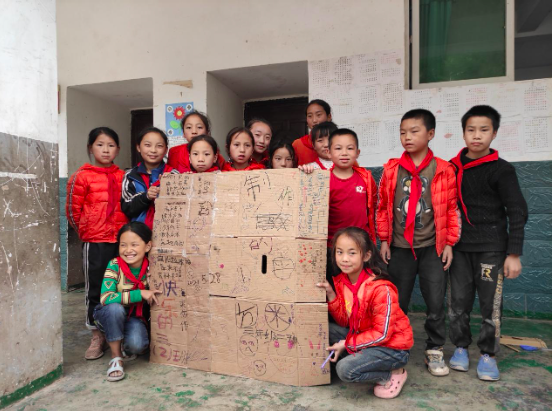 My name is Cai Mingyang, I am a volunteer teacher at Abojue Aimu Primary School. I have been teaching here for more than two years. Before this, I was a college student at Tianjin Normal University; also, I served in the fourth detachment of Armed Police Xinjiang Contingent as a police officer. Looking... 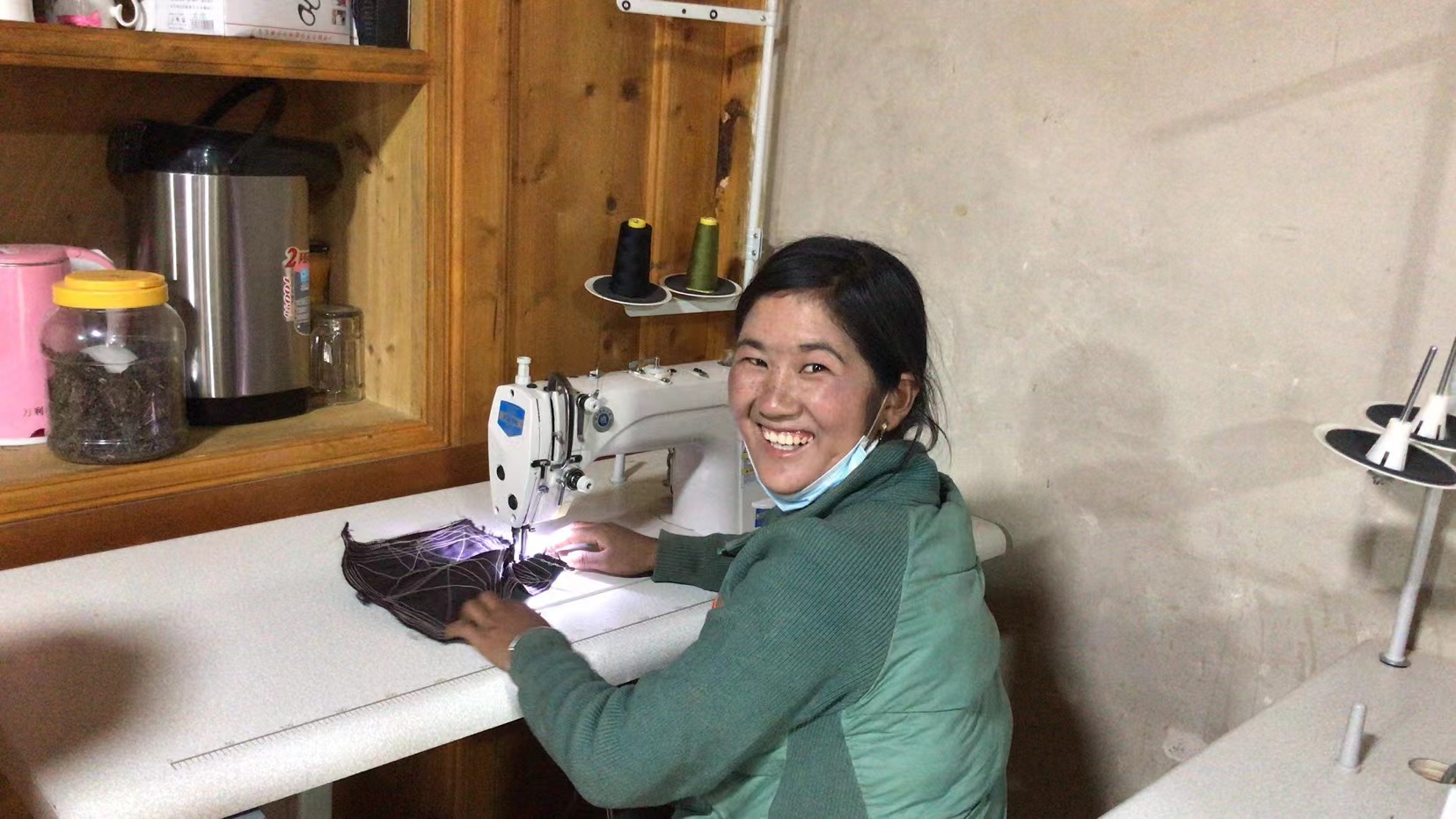 After several weeks of trainings, more than half of the first tailoring courses that we launched in China for this year has been completed. 30 women are part of this My First Job Tailoring Program. Most students are active and eager to learn but due to personal capability and other factors, the learning progress of...