Six young girls, all appearing nervous and restless, were found in a cart about to cross the border. When asked, they were hesitant to share about their travel plans so they were taken aside by the staff at the border station for further inquiry. After they settled down and felt more at ease, they shared that they were travelling to Kuwait to pursue employment. However, this was a red flag as none of the girls could show proper documentation or tell the address or the name of the person they would be working for. 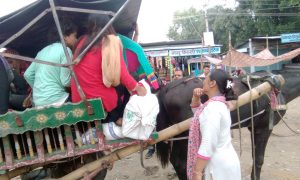 Prior to intercepting these girls, the staff already noticed an older woman waiting at the border who also seemed restless and suspicious. She was later on learned to be the person who promised the girls good-paying jobs as domestic workers. It became clearer that the girls were at high risk of being trafficked. The staff immediately contacted the authorities and the trafficker was apprehended.

With the help of the staff, the girls filed a legal case against their trafficker, who was then convicted and sentenced to two years in prison. 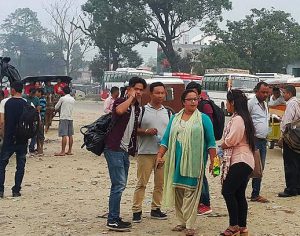 In celebration of International Women’s Month, we’d also like to appreciate and say a massive “Thank You” to the women working at our frontlines who #ChooseToChallenge. The staff at the stations sometimes work for more than 24 hours straight – monitoring the borders and assisting the girls from the moment of interception until they are safely transferred to a shelter or returned to their families. Yet, they remain passionate about this work of saving lives.

One of the staff shared her thoughts on their work, “Through transit monitoring and advocacy for human rights and freedom, we’ve been able to save and protect many vulnerable women and children. Intercepting victims at the border and bringing their traffickers to justice is a golden opportunity to save someone from imminent darkness and bring light into their lives.”

Your support of USD 100 will fund the interception of a girl. If you are a company or an organization, for USD 8,500 you could fund an entire monitoring station for a year. Click on the links below to know more about the program and how you can send help.