Sachi (not her real name) is 16 and lives with her uncle and aunt. She started living with them after her parents passed away when she was still a young child. As the financial difficulties increased, Sachi started joining her uncle and aunt in daily labour work. The work was physically difficult for her to do but she worked hard.

Sachi’s uncle was looking for an easier job for her. One of his friends told him that he could find an easier job for her in a hotel as a cleaner with better pay than what she was currently doing. Sachi started working in the hotel. After a month, she was asked by the owner of the hotel to “treat a customer well”. In the beginning, she did not understand what he meant. She refused when she realized what was being asked of her. However, that wasn’t enough and she was abused without her consent. 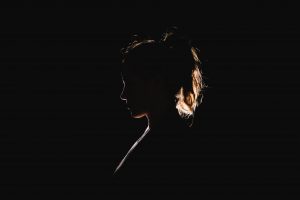 Through an informant, our partners became aware of Sachi’s situation and went to rescue her from the hotel along with the local police team. She was rescued, and the perpetrators were arrested by police.

Your support of USD 100 will fund the interception of a girl. If you are a company or an organization, for USD 8,500 you could fund an entire monitoring station for a year. You may also join us this January 2022 in our global fundraising event – The Workout Challenge. Click on the links below to know more.