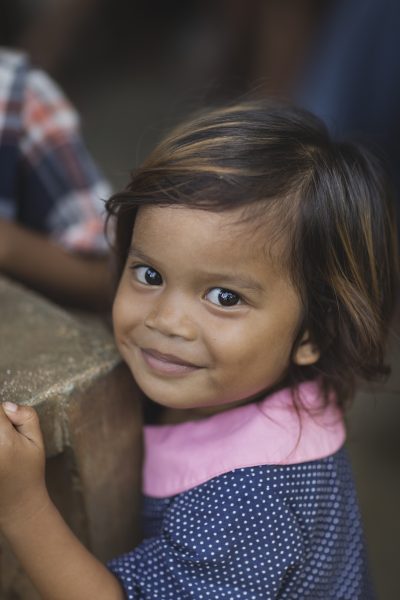 The fact that you are on this page means you have an interest in the Philippines. So do we!

So, why the Philippines? Non-governmental organisations (NGOs) and government agencies estimate that in the Philippines alone, 60,000 to 100,000 children will become victims of human trafficking or cyber-sex crime. Most of the victims will be sexually exploited. Victims are predominantly girls between 14 and 17 years of age who come from the more impoverished parts of the country.

In a country where close to 30% of the population are living below the poverty line, the Philippines Department of Social Welfare and Development estimates that there are up to 200,000 children on the streets of Manila, and that at least one tenth are or become victims of human trafficking. They also estimate that the annual average increase of prostituted children is 3,266 children per year. Tragically, the Philippines ranks FIRST in the world for cybersex crime against children of ANY nation and ranks fourth in the world in terms of countries with the highest number of prostituted children (humantrafficking.org Philippines).

But, by far the most sickening and more recent issue is the rapidly expanding business of the cybersex industry in the Philippines. It’s effect on the innocence of impoverished children is heart-breaking. This is a billion-dollar business worldwide. The Philippines National Police (May 2017), said the level of Cybersex crime is increasing exponentially in the Philippines because of (1) an increasing ease of access to the internet, and (2) a lethal combination of extreme poverty, desperation by moms and dads, and high levels of English fluency. Combined, these factors make it easy to communicate with would-be customers who, via the internet, pay for special video viewing of children being exploited as per the virtual requests and instructions of the predator. Parents and relatives, motivated by desperation and/or greed, are often not aware that it is against the law to exploit their children in this way.

And, the most horrible of statistics, as mentioned above – the Philippines ranks FIRST in the world for the incidence of cybersex of ANY nation.

“Live-stream abuse happens in many of Philippines’ densely populated, impoverished neighborhoods”, said attorney Gideon Cauton, who works with the nonprofit International Justice Mission.  “There are not enough resources to tackle all cases of online sexual exploitation of children. There is a growing need for aftercare support services for victims”.

We have a responsibility to do our part to help address the dual problem of Human Trafficking and the Cybersex industry in the Philippines and believe Captivating is well placed to match global resources with the wonderful work of our in-country partners.

So, who are our partners?

In the Philippines, we fully fund the work of the HONOR 1000 MOVEMENT, Inc (HONOR), a wonderful and energetic team of young professionals who have an incredible track record in this area.

To do work well and sustainably for the long term, we have also partnered with another group called GLOBAL DEVELOPMENT GROUP (GDG). This wonderful organization based in Australia, is also established around the world including some of our key donor areas of USA, UK and New Zealand. This is another fantastic team of experienced international development professionals who will work with both HONOR and CAPTIVATING to ensure our work in the Philippines complies with best practice international development guidelines.

With HONOR as the in-country partner responsible for the project implementation, and GDG responsible for program governance and best practice, this frees up CAPTIVATING to focus on what we do best – fundraising.  Nothing happens without supportive donors and companies passionate about saving lives – for in fact, that’s ultimately what this work is doing. Not just some lives – but potentially thousands. Combined, HONOR, GDG and CAPTIVATING have great plans for an expanding footprint in the Philippines. Vulnerable children and young women are relying on us to step up and fill a gap that is actually more like a gaping-hole to the potentially 100,000 children and women who will become victims of Human Trafficking this year. Most of these victims will be lost forever.

Are you with us? 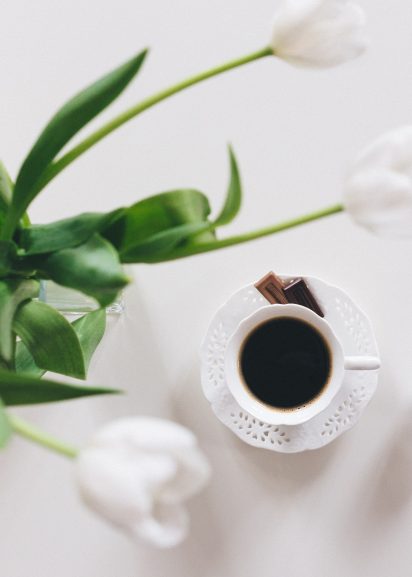 When a young women is rescued from human trafficking, the road to recovery is a long and challenging one for many – emotionally scared and broken from un-imaginable abuse. This is where the “Blessed” program of HONOR steps in to fill a gap most NGO’s are unwilling to journey into. It’s tough, long work filled with lots of heart-break. However, it’s a journey all girls need to go through – and they need support. What happens for each girl broken from victimization is different from the next. And, it’s a path to recovery that may take 12 – 18 months. Sometimes longer. Their support for their recovery starts with:

Sewing Program – one aspect of their rehabilitation is learning the skill of sewing. Trainees will learn this trade as (1) a form of therapy; (2) learning a practical skill; and (3) the ability to earn some income for personal needs. Some trainees move on themselves to take up sewing/tailoring professionally. Additionally, any income from the sewing business over and above wages to the trainees is used to offset some of the overall program expenses.

Short-term care for child victims of Online Sexual Abuse (OSEC) – The Philippines is ranked # 1 country in the world for OSEC – Online Sexual Exploitation of Children. This is a horrible statistic. The Blessed House provides short-term support and counselling to children rescued from abusive situations while arrangements are made for more longer-term foster care families. (See Philippines – Stop Cybersex Crime for more details about this issue).

The Cybersex situation in the Philippines will continue unabated without preventative programs, and education sits at the heart of this. Until a social consciousness is developed that recognizes children are still being exploited, even when there is no physical touching from a predator because it’s “online”, then the abuse will continue. This problem, if not stopped, results in children growing up to become teens who have themselves no moral compass, seeing this as nothing more than easy money to be made. But, it easily continues the downward spiral from soft porn into prostitution and potential victimization through forced sexual conduct.

Our Community Mobilization program aims to tackle the problem from two directions: 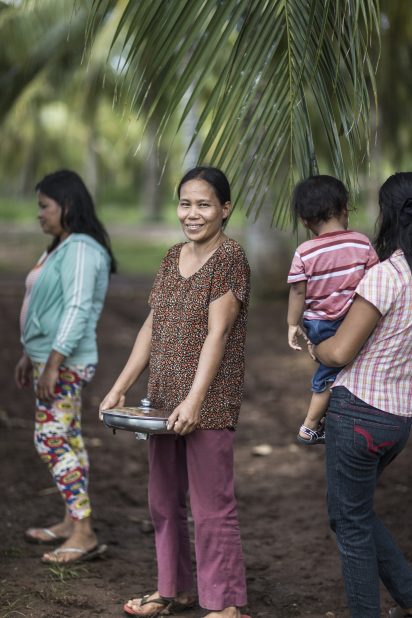 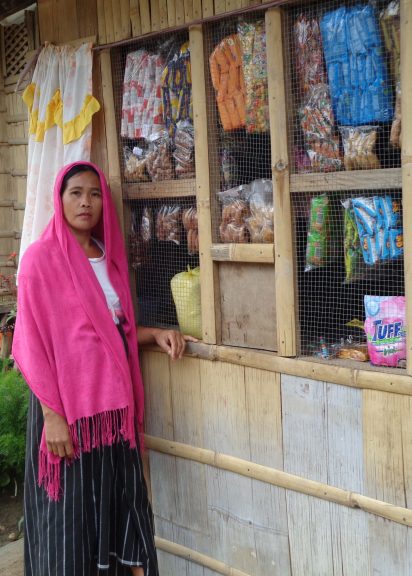 The key cause that sits behind the Trafficking of Persons is extreme poverty. When a women has no other way of reasonably earning money to sustain herself or her family, she will become desperate. Poor choices, including the high prospect of abuse result in a downward spiral.

Micro-finance programs are the key to addressing this – a proven model for people to start pulling themselves out of poverty.

People in poverty do not have access to the commercial lending banks. Where finance may be available, unscrupulous loan sharks take advantage of borrowers by charging exorbitant interest, leading the family into perpetual poverty. This can lead to the selling of their children or carrying incredible levels of debt that continues over several generations. Women seeking to finance a small business such as tailoring, selling or small-scale manufacturing are locked into this poverty cycle. They, again, get desperate and are easily coerced into forced labor or trafficking.

Microfinance helps by providing families with the opportunity to take out small loans to either start or grow their business. Once they are approved for the loan, they become part of the microfinance community and meet weekly to discuss business ideas and also encourage each other in their daily lives. This strategy not only helps financially but also encourages them to think about what they would like to achieve and how they can do that.

“I’ve seen the power of microfinance all over the world in the eyes of mothers and fathers. It’s unmistakable—the joy and deep satisfaction they feel from being able to work hard and provide for their children and their future.” Rich Stearns – President, World Vision U.S

One client in the Philippines borrowed a typical amount of approximately US$270 to purchase stock to start a Sari Sari (otherwise known as a snack shop). She sells various snack foods to customers and people passing by. Over a few months she was able to repay the small loan at a very low interest rate and has now increased her assets and has enough income to feed her children three healthy meals a day. In some cases women are then able to employ other women.

Over the past 6 years, Honor 1000 Movement Inc have progressively established a micro-finance program that today supports in excess of 2,000 clients each week. Stretching across 4 regions of the Philippines (Bataan, Siquijor, Gen San, Floridablanca) 129 fellowship groups meet weekly as individual cooperatives, along with an Honor 1000 loans officer, working together to progress their businesses. It’s a fantastic model filled with success stories of women (many of whom are single moms) being able to keep their kids in school, nutritious food on the table, and live safely in comfortable homes. These women know that it’s their educated children that will one day look after them in the retirement. Most importantly, the children of these families, and their mom, will likely remain safe from Human Trafficking. The attraction to migration is off the radar.

Our fight to protect children from the growing cybersex industry

...aftercare support to victims of trafficking and cybersex crime

All in a Day's Work We are happy to announce that our field partner in the Philippines, Honor 1000, conducted four separate Online Sexual Exploitation of Children (OSEC) awareness...

Relocating for her Children Jessica used to sell flavored drinks in a different town, but this meant being away from her three young kids. She then made the critical decision... 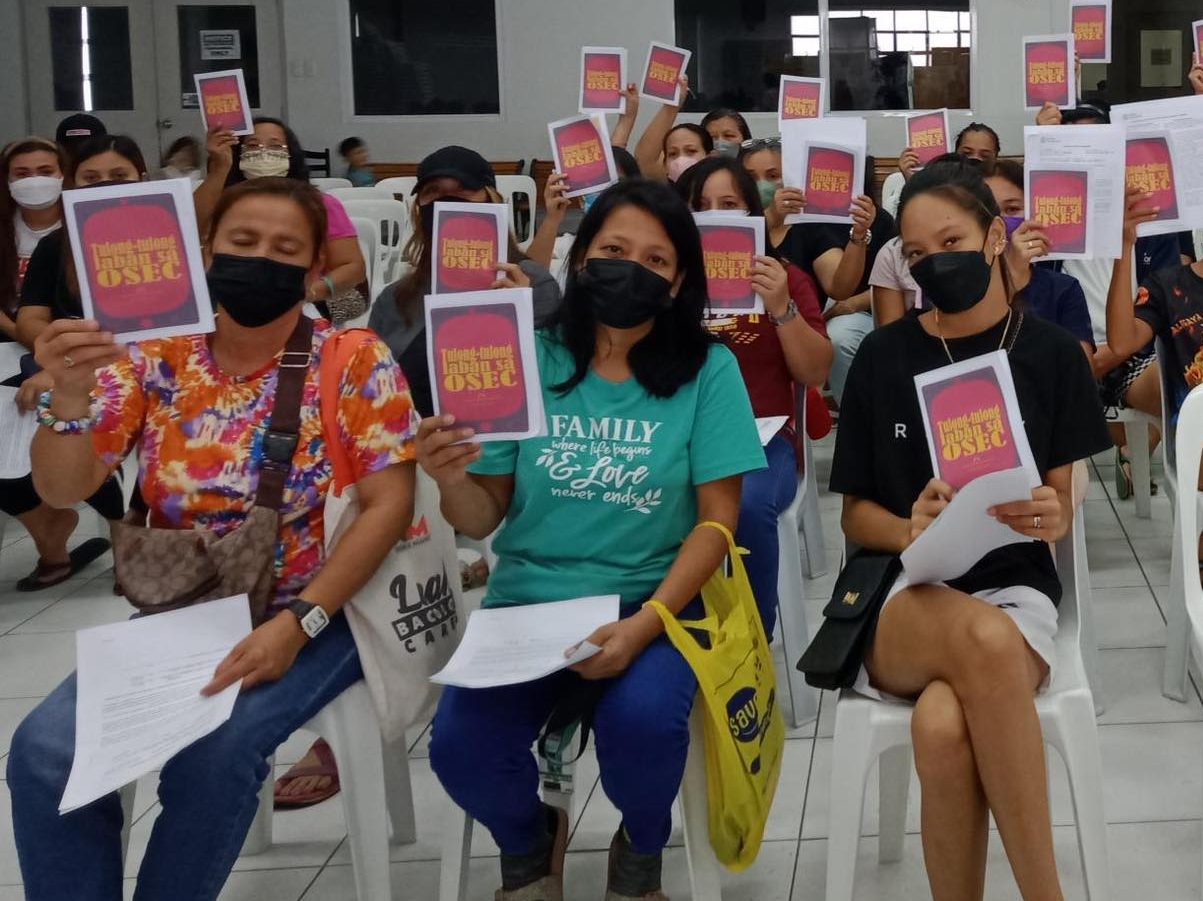 We are proud to announce that our field partner in the Philippines, Honor 1000, has completed our distribution of more than 15,000 OSEC information and activity booklets in...