Captivating International has partnered with Nepal based NGO – 3 Angels Nepal (3AN) to fight against the trafficking of women and children in Nepal.

In the month of June at one of the border monitoring stations run by 3AN and funded by Captivating, Bhairahwa,  14 innocent girls were rescued. They were all in the process of being trafficked, having already been priced and the buyers agent ready to take them across border into India.  Thank-fully, these 14 girls have been lucky. Without interception by the 3AN border team, today these girls would be likely trapped in the sex trade.  Our congratulations to the hard working 3AN team at this border location.

Captivating’s partnership with 3AN has seen two new border stations established on the Nepal side of the Indian border – Bhairahwa Branch and more recently the Krishnanager Branch.  However, the plan has always been for the teams of dedicated staff at these stations to eventually do much more than the interception and interviewing of suspicious looking cases.  Captivating’s partnership with 3AN is also focused on supporting the implementation of a more aggressive approach to prosecuting the traffickers and advocating with the government of Nepal in the area of law making and policy change – particularly in the area of anti-trafficking and human rights. Consequently, we are happy to report that three of the traffickers involved with these 14 girls have now been prosecuted thanks to the work of the 3AN team.  Additionally, a network of traffickers has been detected in cooperation with local police and the 3AN branch rescue team. Recently, the project budget has been increased to now fund the employment of a trafficking specialist, a Lawyer, who’s role is to fight cases leading to the eventual prosecution of traffickers.  This is done through appeal to the local court, high court and in some cases pursuing cases to the Supreme court if the need be.

In addition to setting 14 girls free, the month of June for the Captivating/3AN Bhairahwa rescue team has been especially productive.  They have formalized an alliance with a Nepali NGO based in India.  The aim of this alliance is to fight this problem from both sides of the border – assisting in the rescue of more women and children from various vulnerable circumstances. Immediate results have resulted with two girls being rescued from within India this month.  While one girl was successfully returned to her family, the other girl (who was 8 months pregnant) was sent to a safe house and rehabilitation home in Pokhara (a home run by 3AN and another one of our partners – Asian Aid Australia). Everyone on the 3AN team is hoping she delivers a safe and healthy baby, and that if a girl, she will call her name Angel.

Thank you to everyone at Captivating who are generously supporting this work.  Real lives are being saved thanks to you and the wonderful work of the team at 3AN.

FACT! EVERY 3 HOURS a girl is intercepted at a Captivating Funded Nepal Border Station 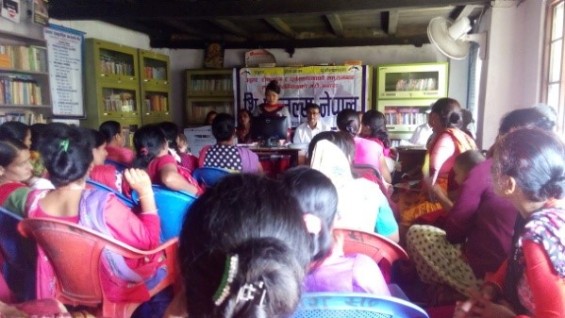 Our anti-human trafficking work in Nepal continues its fight, now working in 5 different high-risk regions. Krishnanagar is one of those regions. This work is coordinated and implemented by Rajendra Gautam (who attended our Shenzhen Auction event Oct 2015) and his team at 3 Angels Nepal (3AN). Thanks to the financial support from the Jamoca Foundation in Australia (who fully fund...

Continuing the fight against human trafficking in Nepal 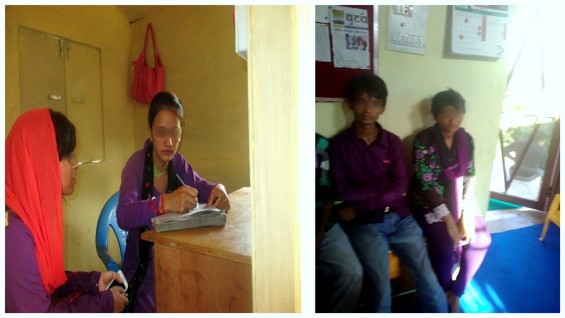 3 Angels Nepal (3AN) continues to work tirelessly to fight human trafficking in Nepal. This involves many hours each day in very confronting and distressing circumstances.

Nine girls have a lucky escape 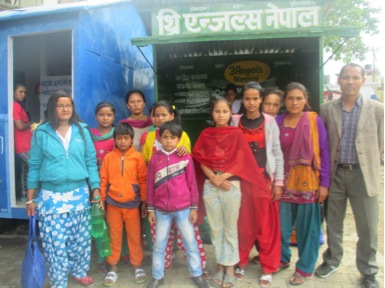 Yesterday we received this news update from one of our program partners in Nepal. 3 Angels Nepal (3AN) and Captivating International are working together to intercept girls being trafficked from Nepal into India for the sex trade. The team from the newly established Vhairahwa branch yesterday informed us that they have been successful this past week in rescuing 9 young girls who...